Nick Sanderson is the Education Officer for the Norfolk Broads.  He has previously worked for Suffolk Wildlife Trust and teaching about wildlife and conservation is his passion.

The next meeting of Diss U3A will be on Thursday 3rd November 10.30 am in the United Reform Church, Diss. The guest speaker will be Tony Diamond whose talk will be: The Six Wives of Henry VIII. Refreshments will be served before the meeting.

Nick gave us a fascinating talk about the history and development of the Broads from Roman Times.  This included the management of the flood plains of the five main rivers, the protection of the marshes, with fortifications such as Burgh Castle and Caister, and the extraction of peat. At one time, 400 000 turves of peat were extracted each year.  This peat provided fuel for a wide area, including Norwich Cathedral. In the 14th century, the Black Death severely reduced the work force and pe 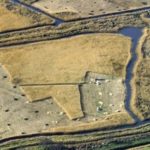 at digging was gradually abandoned.  As a result, the lakes expanded.  However, by the end of the Civil War, drainage engineers were creating dykes to drain the land and connect to the rivers.  Dutch engineers, well experienced with their own water challenges, arrived to establish a network of mills and pumps, mostly to pump water into the rivers. Banks were built up to prevent flooding and to provide drier land for agriculture. 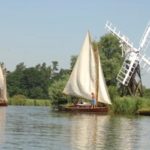 sport was mainly by wherry.  During the 19th century as the Broads became more romanticised, tourism flourished. The reeds and sedge were used for thatching. Eels were speared for domestic consumption and the surplus was sent to Billingsgate. The Norwich school of artists revelled in the Broads landscape, while tourism was further increased by the growth of the railway network.  Wherry tourism increased rapidly; motor boats in the 30s, ‘booze cruisers’ in the 70s.

Damage to the ecology of the Broads was the result of an increase in sewage and the use of chemicals for farming. In 1953 the water was ‘the colour of mulligatawny soup’. It was no longer pleasant or safe to swim in the Broads.

More recent Broads Management has resulted in better understanding of conservation.  The Broads is a unique habitat; 26% of our rarest species can be found in the Broads but they are still vulnerable to exploitation and of course, the rise in sea level. Continued use of nitrates causes the algae to spread so rare plants cannot survive. Water fleas are in demand as they eat the algae but fish eat the fleas! Such is the precarious balance of nature! 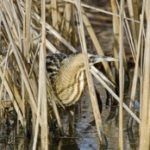 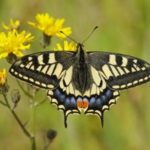 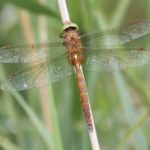 The Broads can boast species such as the Norfolk Hawker dragonfly, the rare Swallowtail butterfly, otters, Chinese water deer, water voles, bearded tits, bittern even the Great Raft Spider, previously restricted to the Redgrave and Lopham fens. Polish Konik ponies are used to eat the unwanted vegetation because, if left unmanaged, the Broads would return to woodland.

The greatest threat to the Broads is probably tidal surge, as this would bring salt into the rivers and lakes. Sea levels have risen 80 cms in the last 100 years so it is vital to continue this valuable conservation work if we want our grandchildren’s children to enjoy the Broads as much as we have been able to.

After Nick’s talk there were several interesting questions.  We learned about the ‘depressed river mussel’ found in the river Waveney and the harmful American crayfish. We also discovered that people who set traps to catch the edible crayfish, unfortunately, also trap and drown otters and water voles! 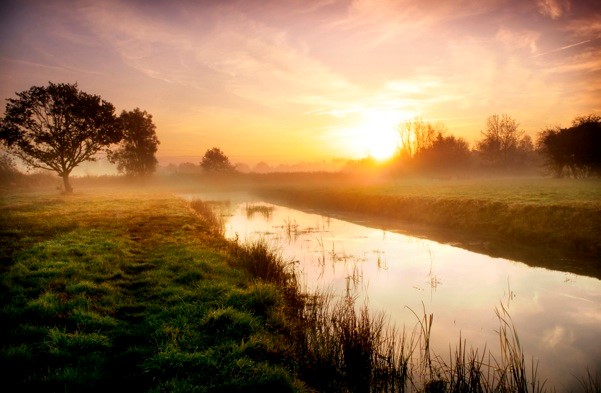