Brussels, Europe. What’s it all about? Who is making the laws in Europe? 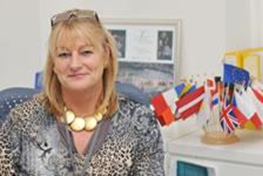 The guest speaker at the November meeting was Elizabeth Sweeney, who gave a very informative lecture on the history, purpose and organization of the European Union.  This talk was well timed, with a general election due next May and a great deal of discussion about the merits and shortcomings of the EU.

The next meeting of Diss U3A will be on Thursday 4th December, commencing at 10.30, at Diss United Reform Church.  This will be followed by Christmas Lunch at the Park Hotel.  The guest speaker will be Richard Mann who will give a talk called, ‘Edith Cavell, a British heroine’

Elizabeth Sweeney is an experienced civil servant who has given many talks on this subject including one in Whitney, David Cameron’s constituency.

Elizabeth referred to the difficult relationship that has always existed between Britain and Europe. In the 1960s Churchill was opposed to our joining the ‘Coal and Steel Community’. Moreover, de Gaulle didn’t want us to join when this developed into the common market. There are many negative myths that have been disseminated about the European Union, such as cows having to wear nappies because of the high levels of nitrates in our water! Elizabeth’s presentation focused on the facts, figures and detailed graphs. One positive example is the 80 billion euros given by the European Union for Cancer Research in the UK. Without this contribution we would be lagging behind many other countries in vital medical research.

We were asked to consider the influence of the media on our views especially following the huge increase in the use of social media such as Twitter. 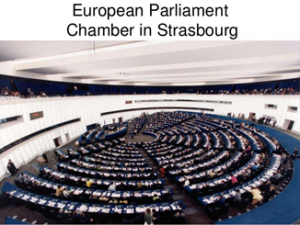 So what does the European Union do? Examples are:

Different areas of influence are:

One important example is ‘Erasmus’, a university scheme enabling students within the EU to spend up to one year studying in another EU university without incurring additional costs.

The criteria for joining the European Union are:  no death penalty, a fully functioning parliamentary system and a market economy that can compete worldwide.  Also, all existing EU countries must agree. We joined the European Union in 1973 when Ted Heath was Prime Minister.  There are now 28 nation members, 10 joined in 2004 and most recently Romania and Bulgaria joined.  Turkey is still negotiating.

The highest level within the EU structure is the European Council.  This consists of all heads of government.  At the next level we have the European Commission – the bureaucrats and civil servants, then the Council of Ministers, such as Theresa May and finally the European Parliament, with 73 MEPs from Britain. In order to become an MEP you need to be at least 18 years old, not a problem for U3A members! The use of proportional representation enables smaller parties to gain a foothold. Hence, there are now 3 ‘Green’ MEPs. Our region has 7 MEPs (most of whom members of Diss U3A were able to name). 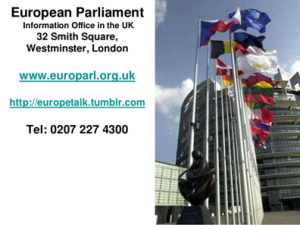 One question raised was why do we need to spend 10 million euros per session (every 3 months) in Strasbourg? Elizabeth told us that the MEPs get the blame for this but it is only the heads of government who can change it.

The next European Union election will be in June 2019. Perhaps after this talk Diss U3A members will help to increase the current voting turnout from its meagre 35%!